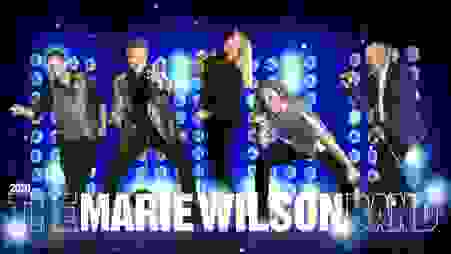 Check out this great video

Join our Facebook Page and keep up to date on all that is MWB.

Read the latest reviews about the band.

The Marie Wilson Band is the Central Valley's hottest dance band. Specializing in the latest chart-topping hits as well as non-stop  classics throughout the decades, your party is sure to be a hit from  start to finish.

Email us today to get more information on how we can make your event a special event!

Marie, a native of the UK worked as a professional singer from the age  of 16. Marie has performed with and for such artistes as Gloria Gaynor,  Barry White, Natalie Cole, Merrill  Osmond, George Harrison, Phil Collins, Simon Le Bonn, Bill Wyman of the  Rolling Stones, Sister Sledge, Rose Royce, Gladys Knight to name but a  few. She has performed for many prestigious clients around the world  including the royal families of Great Britain, Spain, Jordan and the  Netherlands, politicians and celebrities from all walks of life.
Marie has also been signed to various recording labels throughout the  years and has enjoyed recording success leading to top 40 hits in the  British mainstream pop charts. She has performed around the world for  many years before settling in California.